Welcome to Welwyn Hatfield Conservative Association. We have a fantastic group of Councillors, backed up by many loyal and supportive members, and an excellent Member of Parliament in Grant Shapps.

Whether it's a Supper Club, our Annual Dinner or one of our Grant's campaigning sessions, we hope to see you at one of our events soon.

Let us know whether you're planning to support us in the local elections in May 2020 - email nat.chapman@welhatconservatives.com 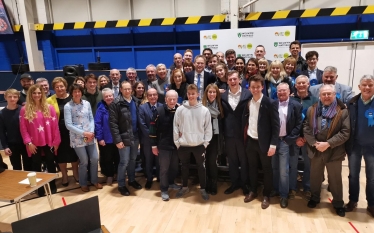 "I’m absolutely delighted to have been re-elected with an increased share of the vote and a larger majority.

This map shows the extent of the geographical area that we serve. This is the area of the United Kingdom that we represent on behalf of the Conservative Party.