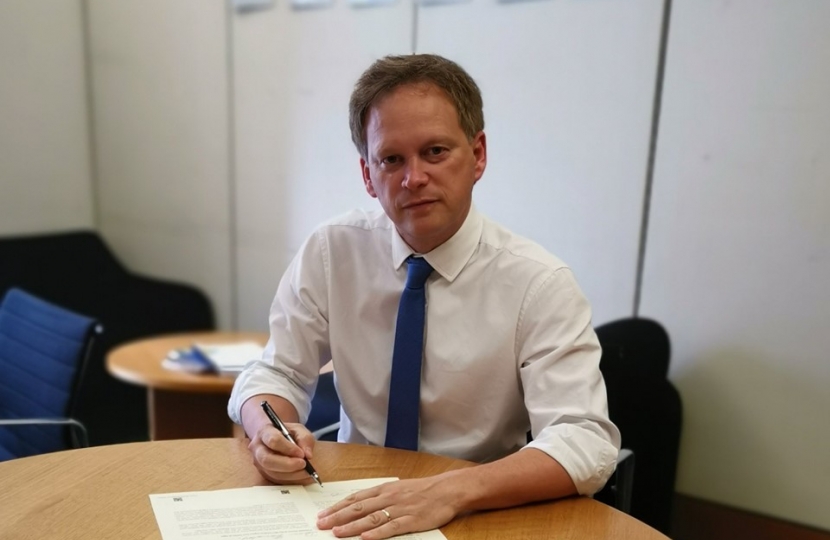 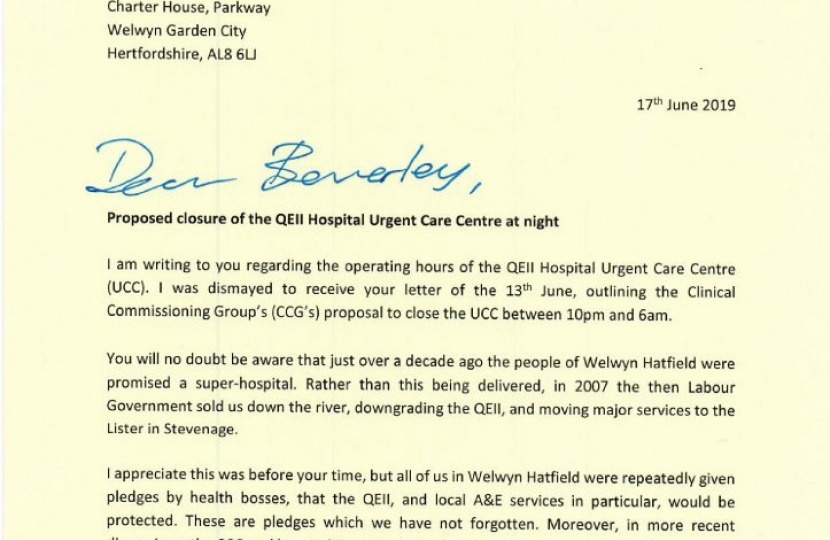 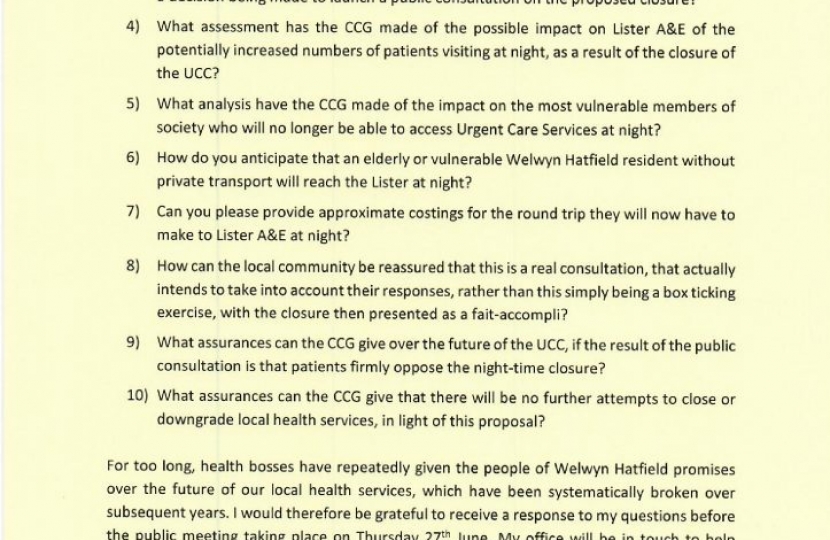 Following the news that local health officials are looking to close the QEII Urgent Care Centre (UCC) at night, local MP Grant Shapps has challenged the head of the Clinical Commissioning Group (CCG) with 10 key questions they must urgently answer over the proposal.

East and North Herts CCG is responsible for commissioning all health services in the area, and this week announced their proposal to close the UCC between the times of 10pm and 6am. The organisation’s leadership argue that the Centre is underutilised during night time.

The move is the latest in a long line of broken promises by health officials, who have repeatedly given locals assurances that health services in the area would be protected. The development would leave Welwyn Hatfield residents with no option but to travel to Lister A&E at night for both emergency and urgent cases.

In response to the announcement, Mr Shapps immediately wrote to Beverley Flowers, Chief Executive of the CCG, challenging the proposals and outlining his 10 key questions which health bosses must address by the end of next week. He has also requested an urgent meeting with Ms Flowers to discuss the concerning proposal.

Mr Shapps is encouraging all local residents to make their views on the proposal known by either completing the public questionnaire or attending community meetings on the subject: https://qeiiucc.enhertsccg.nhs.uk/events.

Full scans of the letters can be viewed below: