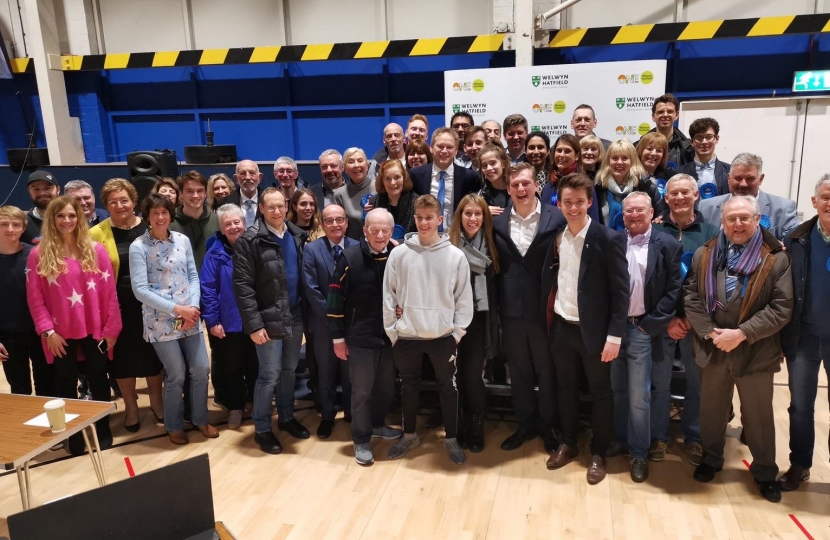 "I’m absolutely delighted to have been re-elected with an increased share of the vote and a larger majority.

"During this election campaign, I knocked on more doors with my team than ever before. Whilst it’s great to know that over half of Welwyn Hatfield's residents voted for me, I want to let everyone else know that I will be working extraordinarily hard on their behalf regardless of whether they voted for me or not. Our area deserves really powerful representation. It’s often the small things or individual pieces of casework that matter and I am be re-doubling my efforts to be an MP that anyone who needs help can rely on."

If you'd like to contact Grant about anything, email him direct at grant@shapps.com or call the Constituency Office on 01707 262 632.