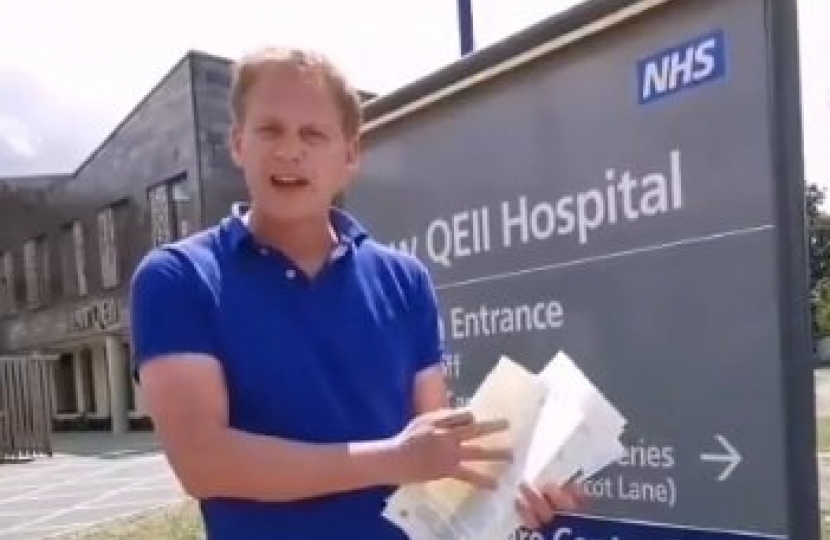 Local NHS bosses have apologised to Welwyn Hatfield MP Grant Shapps for a lack of consultation, during a crunch meeting over the fate of the QEII Hospital Urgent Care Centre.

Under current NHS proposals, announced in mid-June, the hospital Urgent Care Centre would be closed between 10pm and 8am. Officials had however kept the proposals under wraps for 18 months, and failed to engage with health campaigner and local MP Grant Shapps.

At the meeting, Grant raised his concerns that under the current plan patients could effectively be turned away from the UCC at 9pm, to meet a 10pm closure time, and that vulnerable locals needing treatment would potentially be left with no choice but to fund a £100 round trip to Lister A&E at night.”

In response, officials accepted that their evidence base justifying the proposal did not fully portray the potential impact on locals,* and confirmed that the Centre would not close until all those who entered before 10pm were treated. They also agreed to look again at the proposed operating hours, including whether it was right for the Centre to operate up to midnight.

Grant said “I think it’s fair to say that local health chiefs were left in no uncertain terms how concerned locals are with the proposals and particularly the impact it could have on the elderly and vulnerable. I am glad they recognised it was wrong to keep this plan under wraps from elected representatives for so long, and have agreed to study the Centre’s proposed operating hours.

“I think it is vital that residents make their views know either at public drop–in sessions or via the consultation website: www.enhertsccg.nhs.uk/news/201906/nhs-seeks-views-proposal-new-qeii-urgent-care-centre”

The video he published right after the meeting can be seen here: