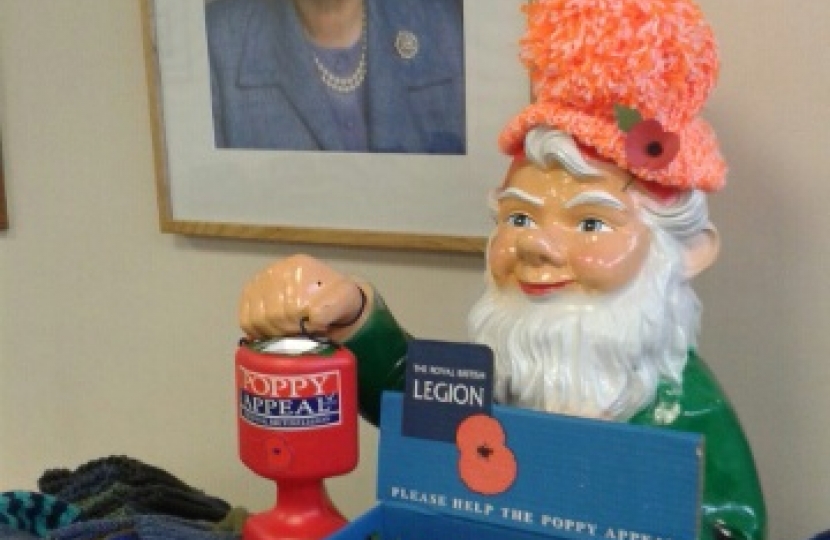 Local MP Grant Shapps, and his team have dedicated themselves to assisting the Royal British Legion by helping with this year’s Poppy Appeal.

The Royal British Legion help serving members of the army as well as ex-Service men and women, and their families. The theme of the Appeal this year is ‘Forces Families.’ The Poppy Appeal is their biggest fundraiser with Poppies being sold from the last week in October to Remembrance Sunday or November 11th, whichever is later in the calendar. It relies solely on volunteers which is why the help of local Conservatives and their large network of supporters and helpers will be so valuable to so many people.

Local Conservatives including councillors and the MP will be selling poppies outside ASDA in Hatfield as well as at the local train station.  They will also be selling them at our Annual Christmas Market at Hatfield House on 9th November so that we can help raise as much money as possible for this amazing cause.

For more information about how to help collecting for the Appeal, please contact Jonny at Welwyn Hatfield Conservatives on 01707 262632 or jonny.ball@welhatconservatives.com.