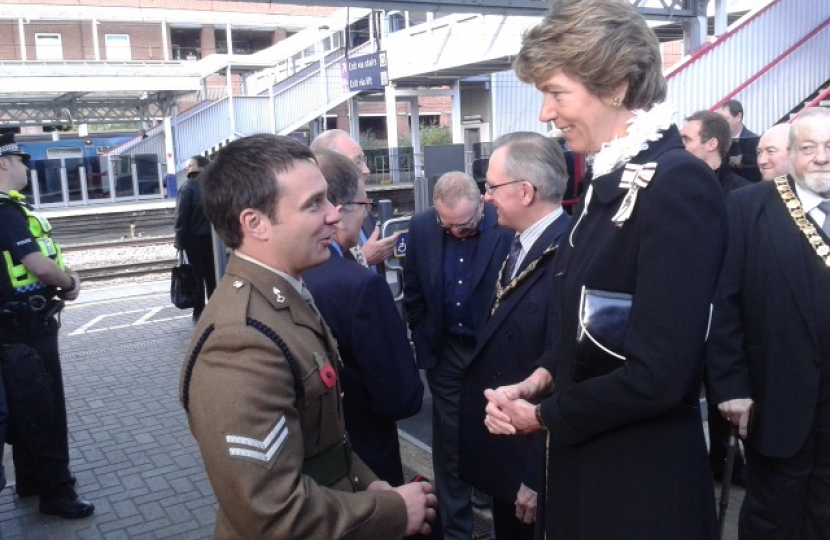 The Herts Poppy Appeal was proudly launched at WGC railway station today, with a Royal Engineer, who was shot in Afghanistan,  first to board a new Poppy Express train.

The train – the first of its kind in the country – was organised by First Capital Connect, was covered with bright red poppy vinyls, highlighting the work of the Royal British Legion.

Cpl Matthew Kemp, 27, a Royal Engineer who was shot in the ankle in 2010, climbed aboard ahead of dignitaries which included The Lord Lieutenant of Hertfordshire, Herts County Council Chairman Richard Smith, local Mayor Howard Morgan and Welwyn Hatfield Borough Leader, John Dean.

Local Conservatives, including those that have served in the Forces, were proud to be part of such a fantastic event as part of the Remembrance season.  To help with The Poppy Appeal collections call the Conservative Office on 01707 262632