Time to say goodbye to the 'Wel-Hats' 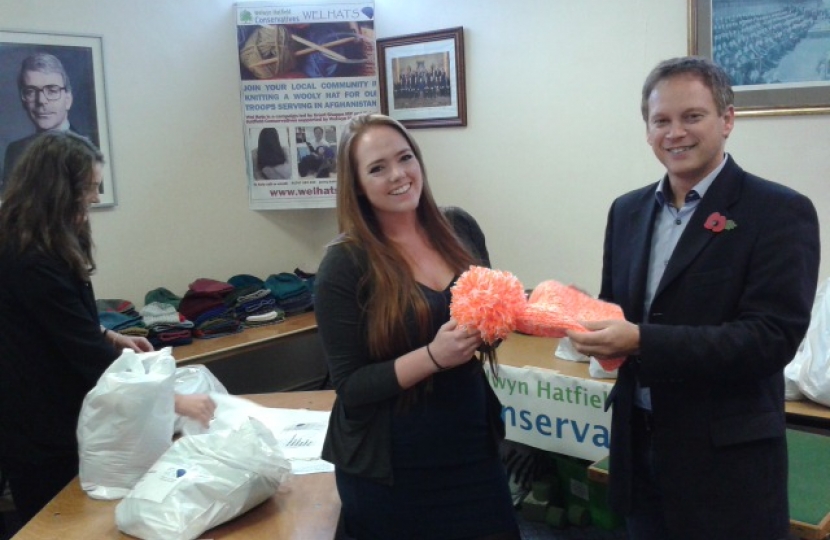 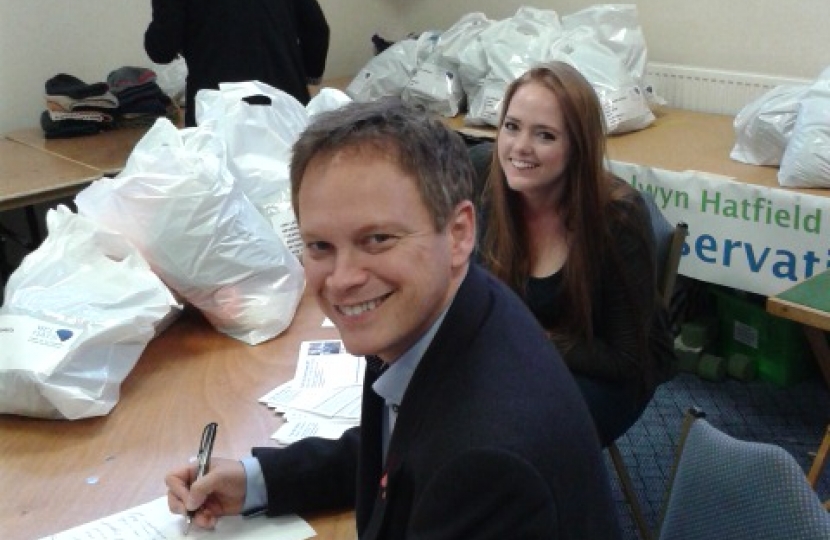 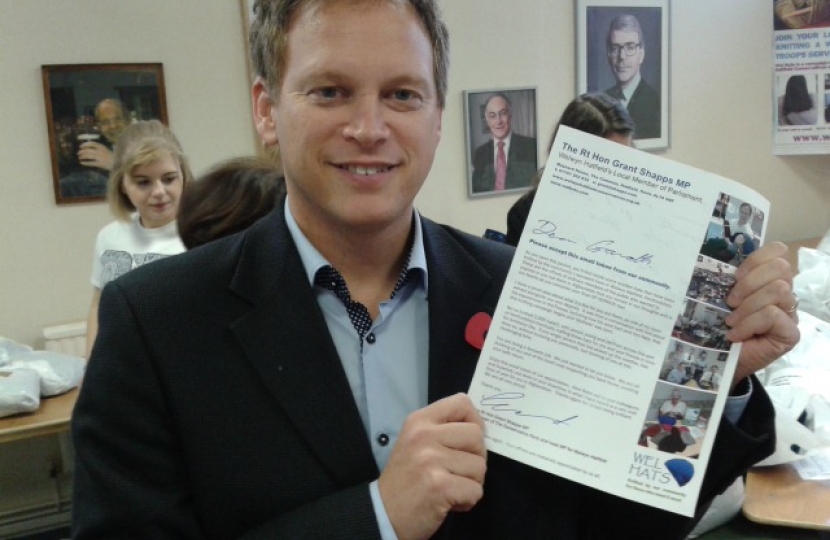 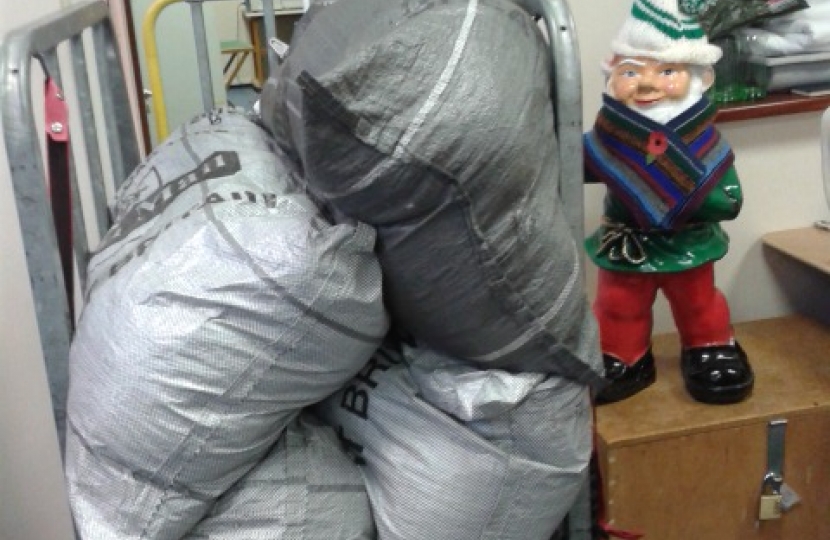 Friday saw the end of what has been a mind blowing and, at times, emotional campaign with volunteers coming down to Maynard House to help pack up the hats that have been flooding in since we launched the campaign only a mere 4 months ago.

Grant Shapps MP was on hand to help pack up the hats, but to also personally sign 200 letters to go into every pack of hats that servicemen and women will be receiving containing 10 hand knitted hats.  He also wrote personal letters to named servicemen personally thanking them for the amazing work they are doing for our nation.  The local press also came down to Maynard house with Grant being interviewed by the Welwyn Hatfield Times, Heart FM and Jack FM who were also astounded at the rate at which this campaign has expanded.

One of the volunteers was Rachael Saffer whose partner, Charlie, is serving out in Afghanistan.  It was an emotional time for her but she sent laughter round the office with the bright orange bobble hat that she has knitted for Charlie as payback for making fun of her red hair!  Her touching story of how being part of the campaign has allowed her to feel closer to Charlie, has warmed the hearts of everyone in the office and the people of Welwyn Hatfield.

The hats have been sent off in packs of 10 to named and un-named servicemen, respectively, to be distributed among other servicemen and women.  Each pack had a hand signed letter from Grant showing his gratitude from not only him and the constituency but also the nation.

All in all, it was sad to see the beloved hats go but also a proud day to know that the hard work and solid support from Welwyn Hatfield residents will be finally felt by those to whom the intended destination has been so important throughout this astonishing campaign.