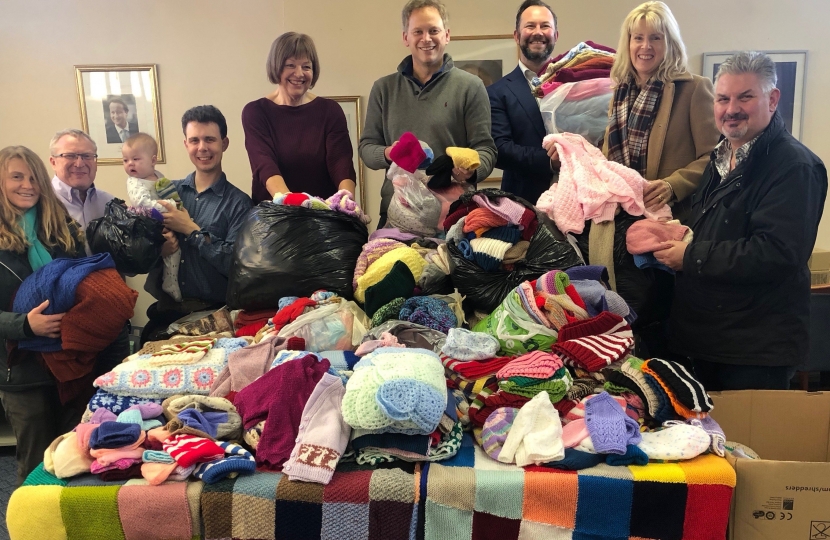 This year saw another knitting tour-de-force from the people of Welwyn Hatfield.

This year’s WelHats Campaign saw an array of more than 2,500 items - a record - hand-knitted for the victims of war in Syria.

The campaign is organised by Welwyn Hatfield Conservative Association, and Grant Shapps MP. Items such as knitted hats, gloves and scarves have been handed in to our Hatfield HQ over recent months.

Mr Shapps said: "It's amazing to see how the WelHats Campaign goes from strength to strength.

“Since our launch again in September we have had residents drop in hand knitted garments by the bag load. It's a real testament to the community spirit Welwyn Hatfield has, helping those in need."

Borough Councillor and Mayor of Welwyn Hatfield, Barbara Fitzsimon, added: "I want to thank all residents who took so much time out to knit these fabulous items.

“It will do such a lot of good as temperatures in Syria plummet at this time of the year. We look forward to starting this again next year. Thank you."

This is the 5th year the WelHats Campaign has taken place, and it will take place again towards the end of 2019.