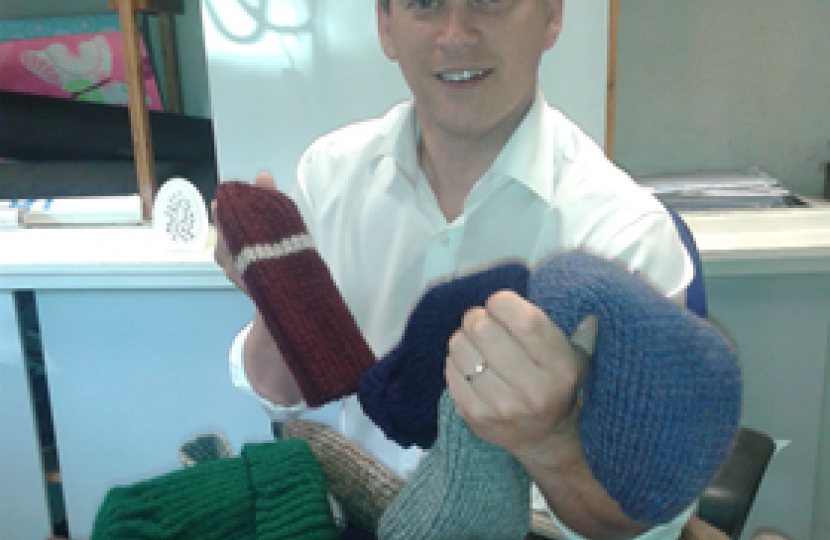 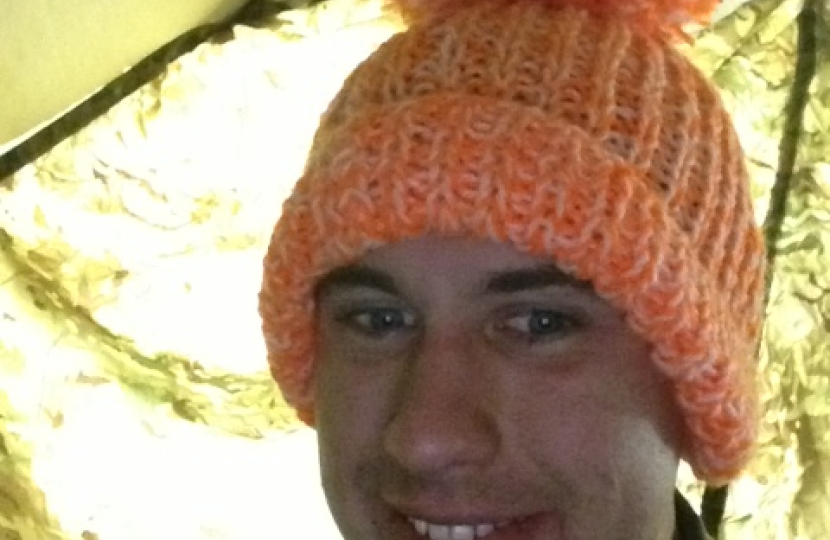 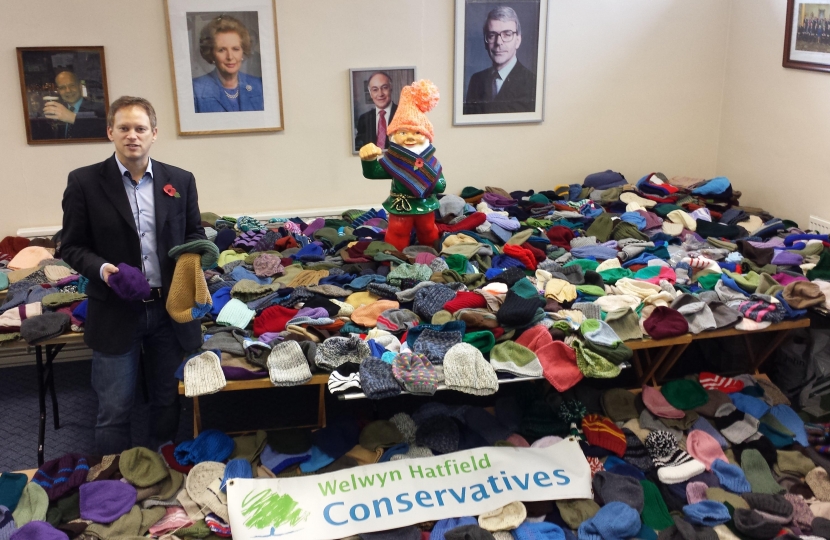 I wanted to write to thank you all for your amazing efforts knitting hats for our troops in Afghanistan and to pass on some of the comments that have already started to flood back from Helmand in response to the WEL HATS campaign.

You may remember that this campaign started back in the summer, when my agent Jonny and I appealed to the community to knit around 500 hats for the bitterly cold winter.

We were quickly backed up with tremendous support from the Welwyn Hatfield Times whose readers came through for us.

The amazing news is that all your efforts have produced 2,234 hats!

What this actually means is that we have knitted for around 40% of the troops stationed there!  Never in our wildest dreams did we think that we’d knit so many, but it goes to show, that with the kindness of people like you, communities can achieve so much together.  So, on behalf of everyone at the Wel Hats campaign, a massive thank you!

I thought you’d like to know what the troops have been saying.  Here are extracts taken from some of the letters that have been sent to us here at Maynard House:

‘My sincere thanks to all of your wonderful constituents who have taken part in knitting ‘WelHats’ for British troops’ Helen Waugh, Camp Bastion

‘After 17 years of serving and with 8 tours under my belt, it never fails to amaze me the support and kind donations the general public such as yourselves send to us…it’s nice to know we are thought of’ Heather, Camp Bastion

‘Your hats are super, I love mine!’ SSgt Lois Farmer, Royal Engineers

‘I am an intensive care nurse training Afghans…my team had great fun trying on the different hats and deciding which one they wanted.  It was like a hat fashion parade!  Thank you to everyone involved in this.’ Captain Wendy Shamsall, 203 (w) Field Hospital

‘I have distributed your parcel amongst the soldiers in the Battlegroup who were grateful for the reminders of home which has helped maintain their morale…the knowledge that the British public continue to support us will remain a source of comfort.’ Lt Colonel JC Roddis MBE, Commanding Officer 4 SCOTS

‘Many thanks for your hard work and support as a community.  It is much appreciated.’ Lashkar Gah Medical Centre

‘Your efforts prove that our efforts in Afghanistan are not being forgotten by those at home in the UK, and that goes a long way to make us feel appreciated by those who serve.’ 2nd Lt Matt Gordon

‘By sending the hats out to the troops it gives them a chance to wear something comfy and colourful and shows them how much the members of the public back home are thinking about them.’ UK Med Group Communications Detachment

‘I would like you Mr Shapps to pass on my thanks and the thanks of every members of my troop, 32 of us.  I can now imagine how nice it will be, no longer having a cold head while we sleep.’  LCpl ‘Moses’ Minnock, 3 Troop, 32 Armoured Engineer Squadron

‘On behalf of the Officers and Non Commissioned Officers of my Company, I thank you all.’ WO2 (CSM) NP Clifford, Royal Military Police

‘I have seen written on a label on the hat that I received that you are on hat 16, keep up the good work and thanks again.’ LCpl Rutherford, Electronic Warfare, Camp Bastion

‘We have now put some of your hats on the helicopter and will use them when possible to keep any casualties warm as we treat them and transport them back to the Field Hospital at Camp Bastion’ The Medical Emergency Response Team (MERT), Camp Bastion

Lastly a look ahead to next year;  ‘Wel Hats’ is here to stay and I hope that you’d consider picking up your knitting needles again.  We hope to help another group of people, as thankfully the troops will be home from Afghanistan.  Please don’t hesitate to get in touch.  We have ambitious plans to take knitting into even more parts of the community, including asking schools and youth groups to help.  Perhaps some of you have ideas or contacts that will help make this a success?

P.S.  Our community here in Welwyn Hatfield knitted hats for 40% of the troops!  You should be very proud.  Thank you!

DID YOU KNIT?  Print off the atttached letter below and keep. Grant thanks you for your efforts.