Roger has been a Welwyn Parish Councillor, represented Panshanger ward for the Borough Council from 1999 to 2016 and is currently a Councillor for Welwyn East ward.

He has been a Cabinet member for 13 years with responsibility latterly for Corporate Property and Community Safety.

Roger is currently representing Welwyn Hatfield Council on the board of Jubilee Care Trust.  He has recently been appointed the Council’s representative on the Armed Forces Covenant and signed the original covenant on 13th December 2011 on behalf of the Council.

Roger was also the Former Chairman of Welwyn Hatfield District Council for the municipal year 2003 - 2004.

Roger is delighted to be supporting the Mayor Councillor Barbara Fitzsimon this year. 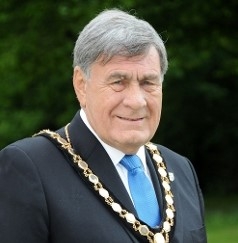